White Rabbit Technology, a consulting LLC, brought me onto the team as the sole UX/UI designer to develop a mass emailing solution for client GradFin, a student loan refinancer. Efficient email communications underpinned GradFin's sales strategy, and they needed a means to streamline their process.

Employees at GradFin were losing time to Microsoft's Mail Merge feature when it came to mass email communication. The process of merging a document with an Excel data source was overly complex for their needs and unintuitive to learn.

Our team created an internal application — WhaleMerge — to replace GradFin's use of Microsoft Mail Merge. The design prioritized ease of use, allowing employees to upload data files, filter recipients, and compose templated emails from a single webpage.

GradFin reported that the WhaleMerge launch reduced average time spent orchestrating mass email communication. Their team successfully implemented the application and sent over 6000 emails in its first month, ramping up to over 11,000 emails by month three. 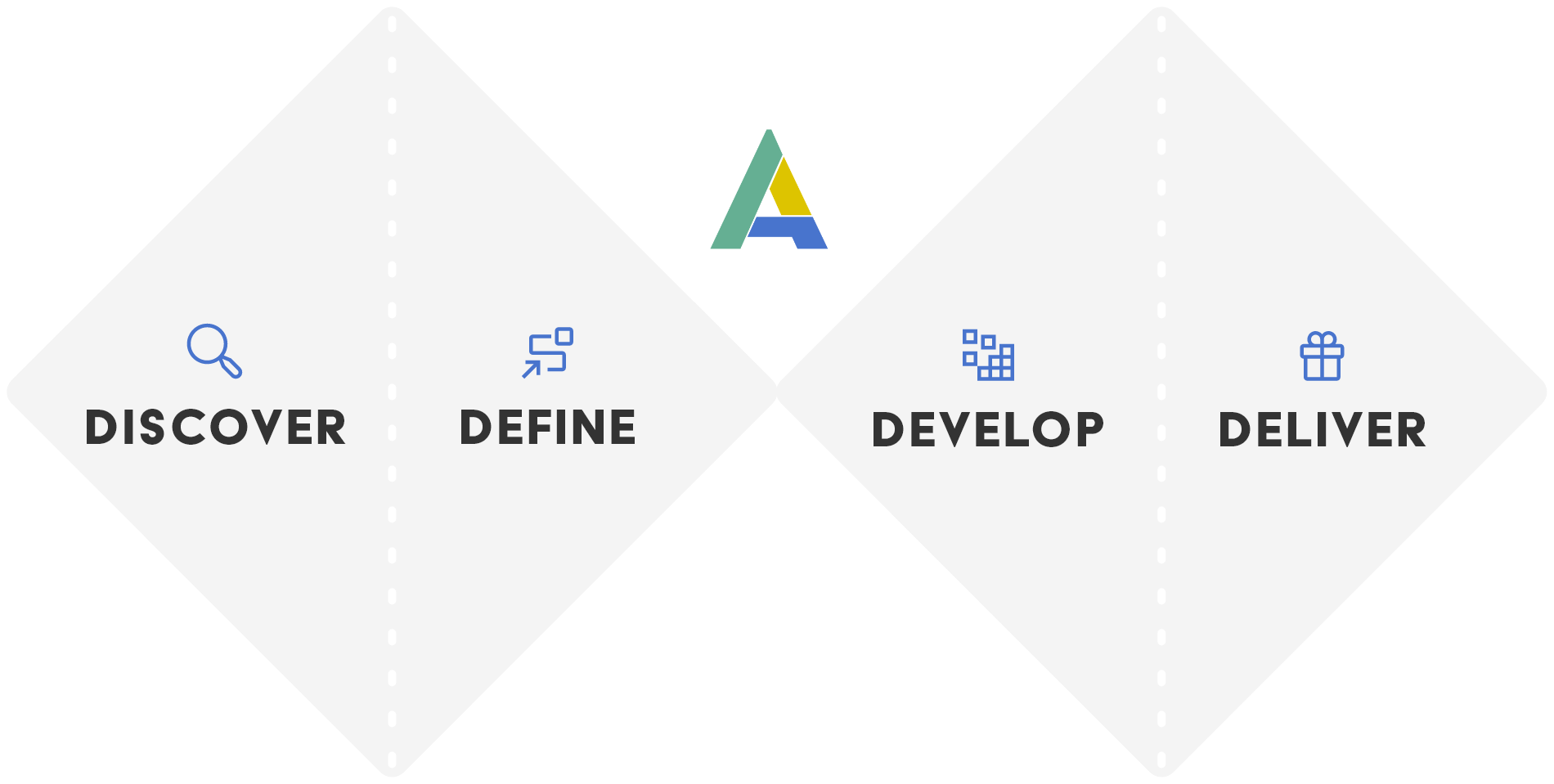 My design approach models Design Council's double diamond, emphasizing the divergent and convergent thinking inherent to design. The deliverables featured in this case study are highlighted in the list below.

GradFin was losing time to Microsoft Mail Merge's complex interface. The functions necessary to perform mass emailing were buried inside menus, modals, and dropdowns between both Microsoft Word and Excel. My design would have to take back that lost time.

Uncomplicating Microsoft's interface meant imagining a linear task flow that GradFin employees could learn and repeat. I based the new flow from information gathered during discussion with the GradFin team and an audit of the existing Mail Merge feature. 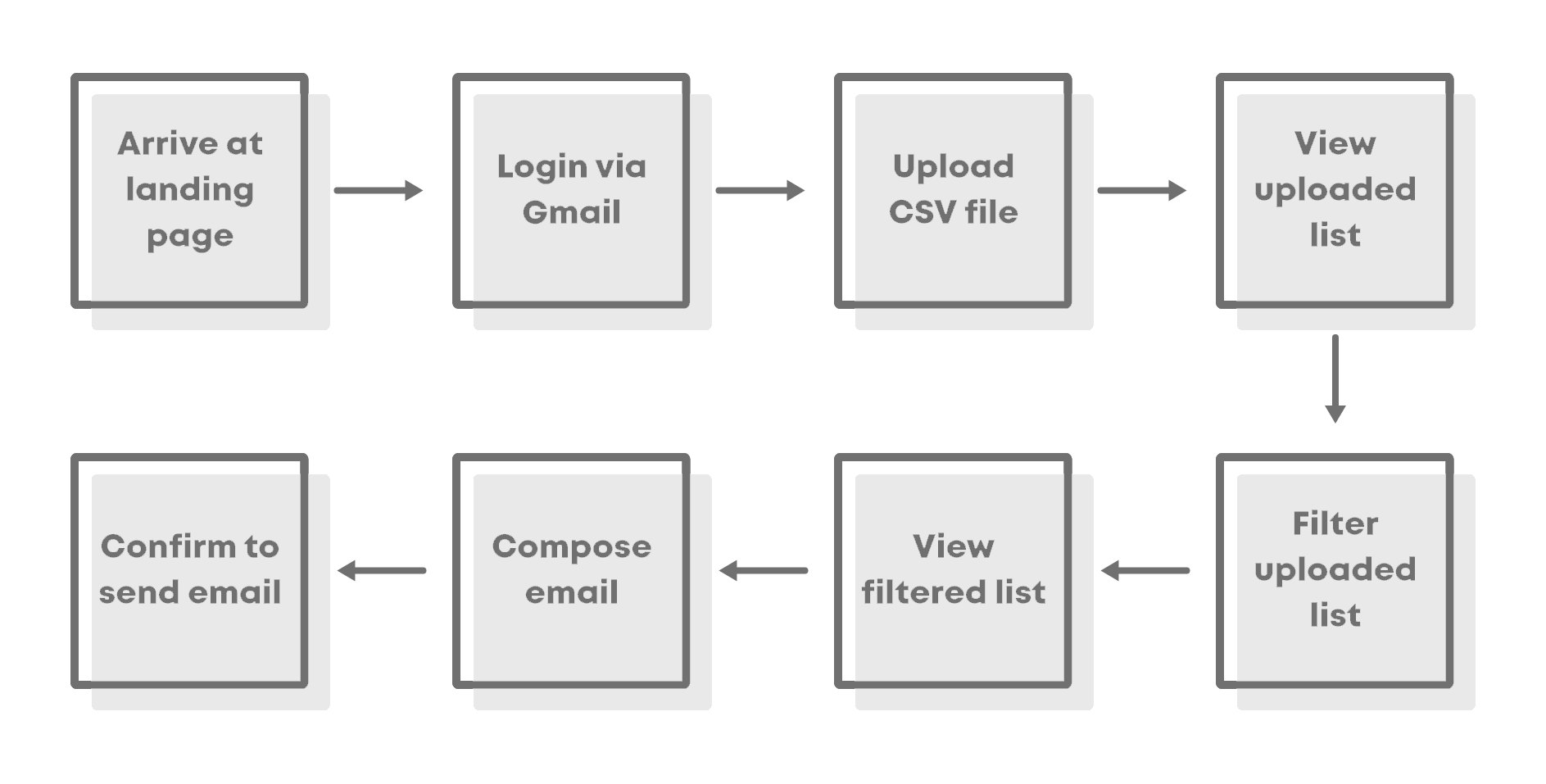 Through sketches, wireframes, and high-fidelity prototypes, I ideated and refined a design with ease of use in mind. Users could perform all key functions from one control helm — in stark contrast to Mail Merge. I divided the webpage into key functional areas: upload, filter, and compose. These dedicated areas emphasized a linear flow through the application.

The engineer and I both contended with scope creep during the design stage. Stakeholders pitched a series of feature requests adjacent to the problem definition. Integrating previously undiscussed features posed a threat to the clarity and vision of the project. I advocated for a feature-light MVP with the flexibility to accommodate new features in later versions.

Development on a Tight Timeline

Working on a team of of only two people meant that my role as a designer extended to that of a developer. While the engineer coded the backend of the application, I translated my high fidelity prototypes into HTML and production CSS. Later, the engineer and I would pair to convert the HTML into JSX for React. 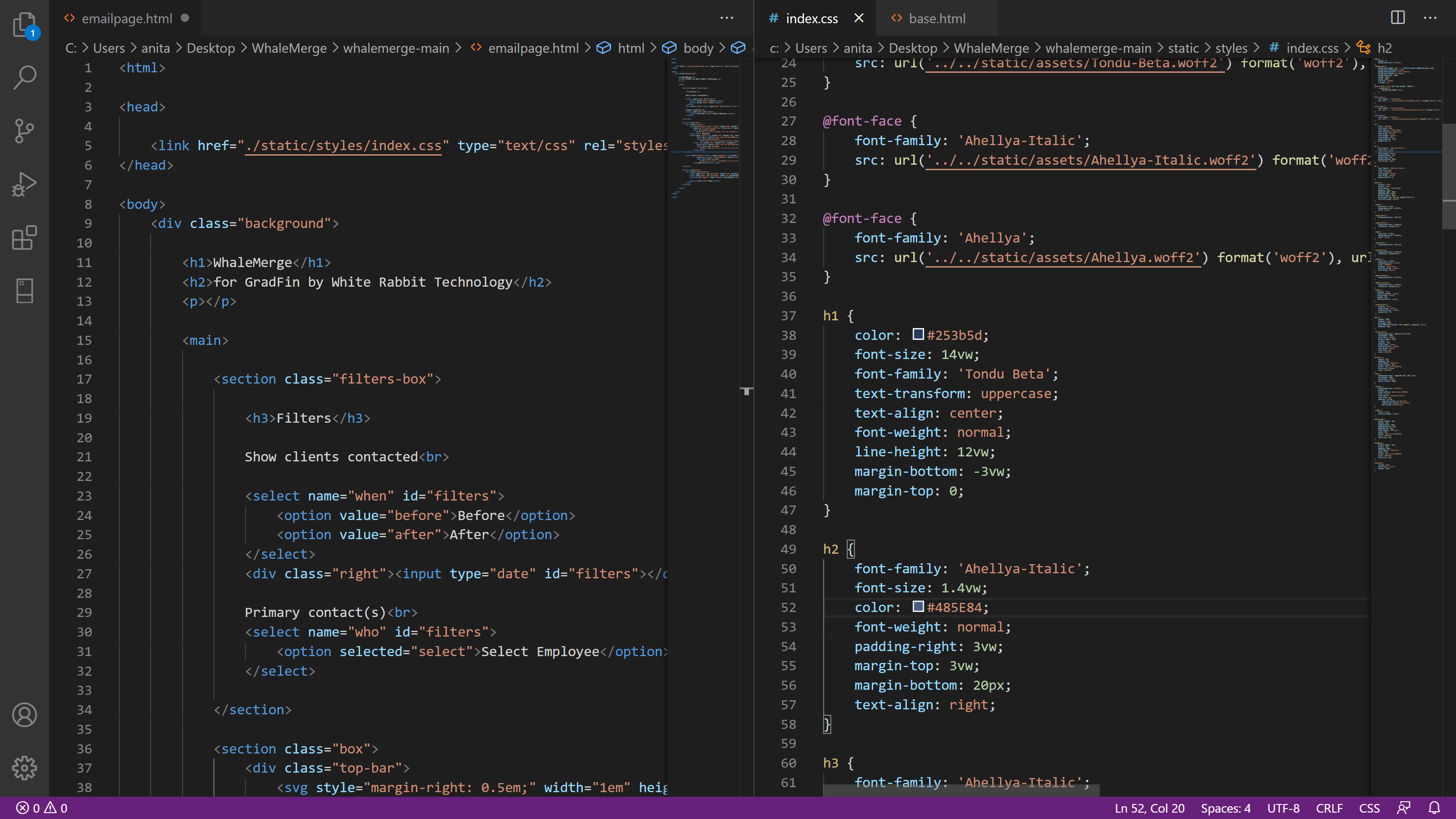 GradFin set an ambitious target date for the initial release of the application, and the engineer needed artifacts from me on a tight timeline. While I had delivered prototypes inside a two-week sprint, the code needed delivered even faster. As a team, we worked closely to ship an MVP on schedule.

When All Is Said and Done

The GradFin team took to the application quickly and planned to expand its usage beyond their sales team. By month three, GradFin had successfully used it to send over 25,000 emails. I continued to provide implementation support and fulfill feature requests.
‍

Closer UX involvement during the strategy phase could have mitigated scope creep mid-development, and a tight timeline posed its difficulties when advocating for best practices. But ultimately, my close collaboration with the engineer allowed us to deliver a prompt and effective design solution.

The project's largest upcoming feature request is a mass SMS equivalent of the platform. The White Rabbit Technology engineer and I have since prototyped an updated interface that will allow users to toggle between email and SMS communications.